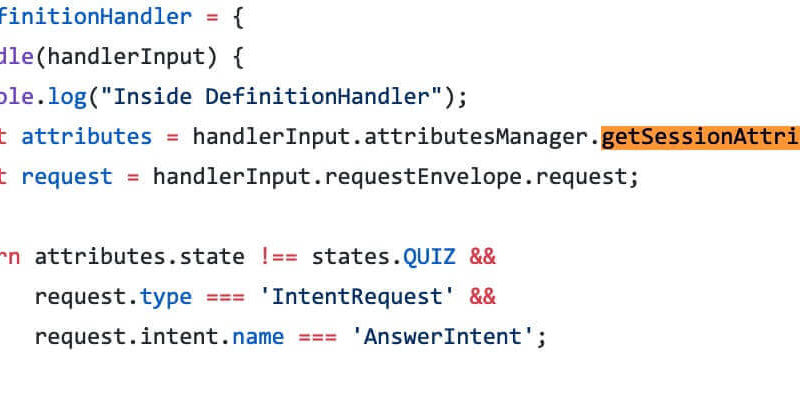 Alexa Skills – Node.js (Javascript) is one of the programming languages for Alexa. This article shows the basics for Alexa programming.

Programming Amazon Alexa Skills is a lot easier than you think, but there are a few things you should know. One of them is the programming language node.js, a variant of Javascript. The following article is an excerpt from my book “Developing Alexa Skills“. Click on the picture to buy the book on Amazon from 8,99€. It’s worth it for developers and those who want to become developers.

Node.js is used here in the book to program lambda functions, so here is a little introduction that might be helpful if you’ve never programmed in Node.js before. Node is programmed in javascript, some important rules are:

Integers have the following operators, among others:

Javascript is also widely used on websites, where it is used to execute functions in the frontend. In HTML output of a page, for example, the following part appears:

If/then operations also exist in javascript and a simple function looks like this: 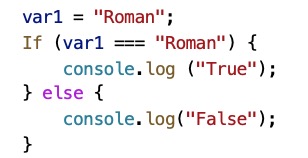 If you already know Java, you will find your way around well here. A loop, for example through an array, can be created as follows:

while-loops are available, too:

A group of values can be stored in an array:

var should always be used for things that change, while information that never change in the life of a program can be declared with const. However, this is not a must.

A function is a block of code designed to perform a particular task more than once. It is executed when “something” calls it. A function that assumes a string and uses it in its return could be written as follows:

Calling Functions without the parentheses returns the function definition. Another example to convert Fahrenheit to Celsius:

The actual callback then takes place with:

Objects are the core of object-oriented programming languages and can, for example, have their own functions and features. A simple Javascript object can be created with:

Features can be defined with a . or a [‘] after the object:

An object with the features name and place and a method can be created like this:

To call the object’s method:

For object-oriented programming languages, the reference to the current object is common. In Javascript, this works with “this“. this refers to the object to which it belongs and has different values depending on where it is used:

Methods like call()and apply() can refer this to any object.To create a myPerson object, you can create a function:

A new myPerson object can then be instantiated with:

An empty new array object can also be created in this way: